The outermost layer of the cornea is called the epithelium. If damaged from trauma it is possible for bacteria, viruses or fungi to penetrate the cornea and cause an infection. An infection of the cornea is called a Keratitis or Ulcer. Keratitis can cause a painful inflammation with a discharge, which if not treated quickly and appropriately, can lead to corneal erosion, corneal ulceration and corneal scarring. Corneal scarring results in a loss of corneal transparency and can require a corneal transplant in order to restore vision. A corneal ulcer can be caused by a dirty or damaged contact lens. Swimming with contact lenses increases the risks for corneal ulcers. Trauma from a foreign body such as piece of metal or a poke in the eye from a tree branch or a finger may also increase the risk for corneal ulceration. 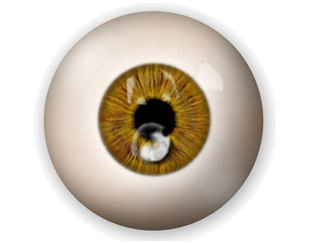 Ocular Herpes and Herpes Keratitis
Ocular Herpes, or Herpes of the eye is caused by the Herpes Simplex Virus and is the most common causes of corneal blindness in the United States today. Up to 50% of people who have a single Herpes Simplex viral infection of the eye will experience a flare up or recurrence. The virus often leads to irreversible scarring of the cornea. Ocular Herpes may start as a painful sore on the eyelid or surface of the eye. If left untreated, it may multiply and begin to destroy epithelial cells and progress deeper into the cornea. If the Ocular Herpes penetrates the deeper layers of the cornea and causes a Stromal Keratitis it may cause corneal scarring, so prompt diagnosis and treatment of Ocular Herpes is important. Drs. Michelson may prescribe both oral medications and eye drops to try and resolve the infection and prevent serious damage from occurring. Prompt diagnosis and medication are the keys to preventing any vision loss.

Fuch’s Dystrophy
Fuchs Dystrophy is a slowly progressive disease that results in swelling of the cornea and blurred vision. It is more common in women than men. While it is possible to observe Fuchs Dystrophy in people in their 30’s and 40’s, it usually does not compromise vision until people are in their 50’s or 60’s. The innermost layer of cells in the cornea, called the endothelium, is a single layer of non-regenerating cells. The endothelial cells are responsible for pumping water out of the cornea and helping to maintain the corneal transparency. While the reason is poorly understood, in Fuchs Dystrophy, the endothelial cells slowly die over time. The progressive loss of the endothelium makes it difficult to remove water from the cornea. This results in the cornea swelling and blurred vision. In its later phases, Fuchs Dystrophy is often associated with considerable pain as the epithelium “blisters” by forming “bullae”, which actually begin to burst open. Early in the course of Fuchs Dystrophy patients will wake up with blurry vision that gets progressively clearer as the day passes. As the Fuchs Dystrophy disease worsens, the vision does not clear we will attempt to help reduce the corneal swelling each day with eye drops and ointments. However, when these measures fail to provide comfort and clear vision, it may be necessary to have a corneal transplant procedure called DSEK or DMEK to transplant endothelial cells, which may help certain Fuchs Dystrophy patients overcome their discomfort and vision problem.

Map-Dot-Fingerprint Dystrophy
The outermost layer of the cornea, called the epithelium, is attached or anchored to an underlying basement membrane, called Bowman’s Membrane, in order to remain healthy. Sometimes the epithelial basement membrane develops abnormally making it difficult or impossible for the epithelium to adhere properly to the basement membrane. If the epithelium does not adhere properly, Recurrent Corneal Erosions will occur. Recurrent Corneal Erosions are painful and cause the corneal surface to become irregular resulting in intermittent blurry vision along with the discomfort and foreign body sensation. Map-Dot-Fingerprint Dystrophy is also known as Epithelial Basement Membrane Dystrophy because it is caused by a lack of the healthy formation of the Basement Membrane. It affects adults between the ages of 40-70 and can sometimes begin earlier. As the name implies, its appearance is of a map of gray areas, which may also be accompanied by opaque dots, and fingerprint like whirls or lines. We will often discover Map-Dot-Fingerprint Dystrophy during a routine eye examination in patients who do not have any noticeable symptoms. If treatment is required to control the pain for those patients who are symptomatic, we may prescribe lubricating eye drops, patch the eye, apply a soft bandage contact lens or in more severe cases, scrape the cornea to attempt to achieve better adhesion of the epithelium. In some cases, Drs. Michelson may suggest that the best results can be achieved using Excimer Laser Phototherapeutic Keratectomy (PTK) to smooth the surface of the cornea.

Lattice Dystrophy
Lattice Dystrophy is an inherited condition that occurs as a result of the accumulation of abnormal protein fibers, or amyloid deposits in the middle cornea layer called the corneal stroma. If these deposits become dense enough they will become opaque and affect the corneal transparency so that vision is reduced. If these deposits occur under the outermost layer, the epithelium, they can cause recurrent erosions of the cornea, which can be painful and disturb the normal corneal curvature, effecting vision.

Keratoconus is genetic disorder of the cornea characterized by a progressive thinning of the tissue and instability of the cornea. The cornea begins to bulge outward and become cone like. It is the most common corneal dystrophy found in the United States. As the cornea begins to bulge it causes considerable changes in the refractive power of the eye, producing nearsightedness and astigmatism. Keratoconus usually affects both eyes. At first it may be possible to correct your vision with contact lenses. Unfortunately, for about 20% of patients, contact lens intolerance develops making a corneal transplant necessary to help to stabilize the cornea and improve vision. However, more recent advances have some patients to benefit from an in office non-invasive procedure called Corneal Collagen Cross-Linking (CXL) that utilizes riboflavin-Vitamin B2 and Ultraviolet (UV) light to reinforce the structure of the cornea and halt the progression of the disease.

Recurrent Corneal Erosion or Scratched Cornea
Recurrent Corneal Erosion is a condition of the cornea whereby there is a poor attachment of the outermost layer of the cornea, the epithelium, to the underlying basement membrane layer, called Bowman’s Membrane. Patients who experience Recurrent Corneal Erosion may experience sharp pain, light sensitivity, tearing and watering of their eyes, and a gritty sensation. Often this occurs upon awakening or rubbing the eyes. Recurrent Corneal Erosion is a condition that may be associated with Map-Dot-Fingerprint Dystrophy. Drs. Michelson routinely perform an in office procedure at the slit lamp called stromal micropuncture to treat and cure corneal erosions. This treatment allows the epithelium to adhere more firmly to Bowman's Membrane. A soft bandage contact lens will be used to help the healing process. The micropuncture technique is quick and painless and allows the epithelial layer to bond securely to Bowman's Membrane. Patients who continue to suffer from Recurrent Corneal Erosions, despite the treatments described, may benefit from Phototherapeutic Keratectomy (PTK). This involves removal of the superficial layer of corneal cells using the Excimer Laser to encourage proper healing.

Pterygium
A pterygium is a fleshy triangular growth of tissue on the cornea that may grow slowly throughout a person’s life. Rarely, a pterygium can grow across the cornea and block the pupil. People who live in sunny climates, where they are exposed to more sunlight and UV light, are more prone to developing pterygia.

A pterygium may become red, swollen and inflamed. Occasionally they need to be removed. Removal of a pterygium is a surgical procedure that has recently undergone medical advances. Drs. Michelson uses a surgical technique called Amniotic Membrane Graft in order to prevent recurrences and obtain the best possible results for Pterygium surgery. 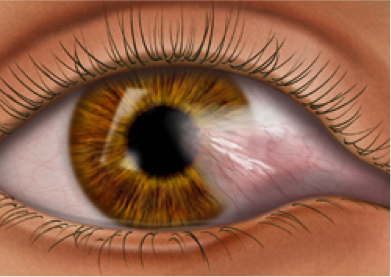